This letter from Frank Bruno was written for serving prisoners at HMP Leeds. We’re publishing it here to mark both Black History Month and World Mental Health Day.

Hello its Frank Bruno here. I have been asked to mention Black History month and talk a bit about the prejudice’s I experienced when I was younger my best known story was involving Cass Pennant who is a good friend of mine was walking down the road a number of years ago and I was on the other side of the road I was approached by a group of the lads and to not put a too finer point they wasn’t looking to have dancing lessons with me. Cass crossed the road suggested in the nicest possible terms that perhaps they would like to move on and they duly did. Because of this we probably set up a closer friendship because he clearly saved me from perhaps getting a bit of a mass battering and again this was very much around the times of racial discontent in the area I lived.

Some of you may know that I was verbally abused by Lennox Lewis just before our fight in the 90’s. When I was ill people used to cross the road so they did not have to talk to me they avoided talking to me in shops it was horrible. However now I am well I do whatever I can do to try and encourage people to be nice to each other

There’s lots of things that I like to inspire people to do. I think the most important thing is to firstly try and educate your mind and your body to take on lots of good wholesome food, eat healthily, fresh food, get plenty of exercise and make this something that you do every day. There’s nothing wrong in having when available junk food now and again however don’t let the bad nutrition be something that happens every day of the week because in time it will affect you. Also I would like people to just be nice to others there is too much aggression between people that’s funny coming from a boxer but just drive around town and everyone seems to have a problem with other drivers, watch people in supermarkets its scary man.

I can imagine you saying “it’s alright for you your outside we are stuck in here” I understand all about limited space as I had limited space when I was in hospital. Even with limited space you can do press ups and sit ups. At one point I got up to 4000 press ups a day. You can also run on the spot providing you don’t make too much noise for your fellow prisoner. Sit ups are good for core muscle work and of course when you get the opportunity to get outside use the open space, run about, stretches, breathe in the fresh air and let the sun get on your body.

I am often asked to talk to prisoners
– I have got to say not to the same degree but being sectioned for the weeks that I was in hospital I think would be like being a prisoner. The door shuts at night, you can’t go out, you’re told what time you can eat, you’re told what time lights go out and there are restrictions on your life. So to me it was prison as I knew it.

When I was in hospital. I really concentrated on my exercise, my press ups, tried to get as much fresh air as I could, I kept myself to myself quite a lot. Bare in mind that I was in hospital, I wasn’t in a prison. If I was I think I would knuckle down, I would learn some new trades, I would try and be friendly with everybody and I’d do the time and try and fill up my day as much as possible to make the days go quicker and make me hopefully mentally, & physically tired so I would be able to sleep well at night.

I’m not a teacher just Frank Bruno former boxer that managed to get to the top of my occupation. One message that I keep telling people is eat healthily, do lots of exercise, fill up your day with creative things, whatever situation just try and enjoy life and make every day count.

My advice to any prisoners there for whatever reason rightly or wrongly you are in your present situation behind closed doors. SO

Don’t look back to the past what went on what shouldn’t have happened, how you feel you may have been wronged. Look to the future, spend every day wisely, and fill every day up. If you are not naturally a fit person take on a fitness regime you don’t have to be a body builder, you don’t have to work with weights, press ups, just some running around, playing football, powerwalk just lots of movement. Look at some new areas and see what you can learn.

Also learn to be nice to people as much as you can there’s too many people that have problems with other human beings and life would be a happier place if we were all that much nicer. You don’t have to love them they don’t need to be your best friend just be nice to them and hopefully in return they will be nice back to you.
Do your time get out as quick as you can, sort your life out, make a pact with yourself and your God that you never ever want to be in a situation when you end up coming back to prison again. Most of all make yourself a better person. Only you will know if you are a better person inside. So in 5, 10, 20 years’ time you can say I’m a better person than I was and if you listen and do that hopefully at some point I will meet each of you somewhere in life and you can remind me that I’ve given you this information.
In finishing get involved with Black History month support it and treat people nice whatever
their colour faith or background. You know what I mean Harry!!!!

Keep your chin up
Big respect to you all
Frank Bruno

Touchstone @Touchstone_Spt
20 hours ago
We're so proud to have come 9th in The Sunday Times Best Not-For-Profit Organisations to Work For! 🥳🎉 @bestcompanies #BestCompanies2020 follow the link to read more ➡️ https://t.co/iMSDewAz4A https://t.co/7RnwD06q5G
View on Twitter 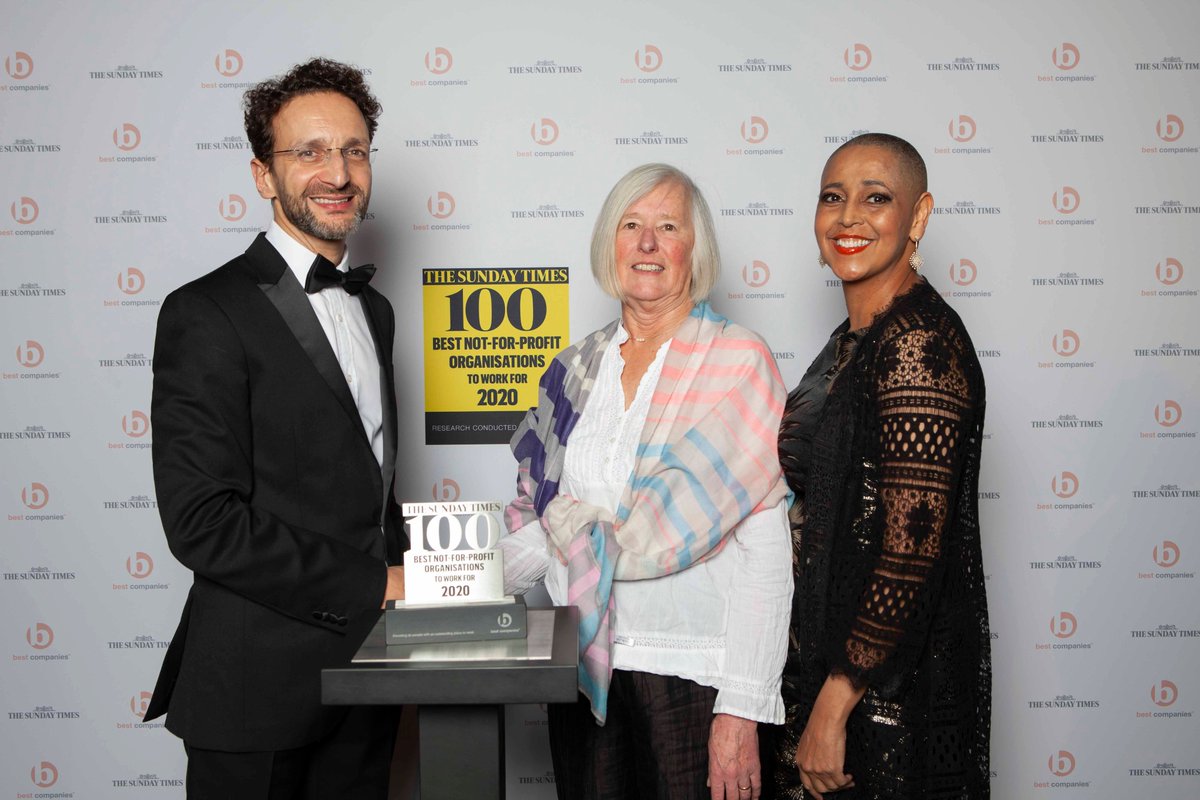